Thousands of Kashmiris abstain from meat in deference to the legacy of three Sufi mystics during their death anniversaries in the Valley. Srinagar, India-administered Kashmir — The past fortnight has been an exhausting one for Irfana Mir, a teacher and mother of two young children. Married for nine years, she hopes […]

Thousands of Kashmiris abstain from meat in deference to the legacy of three Sufi mystics during their death anniversaries in the Valley.

Srinagar, India-administered Kashmir — The past fortnight has been an exhausting one for Irfana Mir, a teacher and mother of two young children. Married for nine years, she hopes that a 17th century saint will answer her family’s prayers, the foremost being a steady job for her husband, a doctor.

Irfana is from the Batamaloo area of Srinagar, the capital of India-administered Kashmir, which is home to the shrine of Sheikh Dawood, a mystic popularly known among the masses as Batmael Saheb.

The saint’s ‘Urs’ — or death anniversary that Sufis believe signifies a saint’s communion with God — is observed either the last week of March or the first week of April, and life in Batamaloo is entirely transformed during that time.

For Irfana the routine is familiar. From the middle of March itself, the house is cleaned thoroughly. Copper vessels, even the ones not in use, are tin plated. It is an occasion to change the flooring or buy new curtains.

The most noticeable of all changes occurs when families start weaning themselves off from meat in the run up to the Urs.

For two-and-a-half days, each before and after the Urs, eggs, lentils and dried turnips — the saint’s favorites — become staple dishes. Abandoned altogether is the use of garlic, onion or shallots. This period of abstinence from meat is called paal.

Even for guests, whose social status might demand a multi-course non-vegetarian meal, are served veggies. Close relatives are also invited for a vegetarian feast on the Urs.

Shrine etiquette demands that no one who has consumed meat be allowed to enter the inner sanctum sanctorum that houses the grave of the saint, his family members and closest disciples. Those who fail to adhere to that requirement and decide to visit, can instead be seen kissing the outside walls of the shrine, tie a votive thread on its windows, or rub the walls with their right hand and then dab the blessing onto their faces.

Muhammad Yusuf, an accountant with shrine’s management, said the bout of collective vegetarianism is meant as respect for the saint, not “the renunciation of shariah”.

“How could a saint make something unlawful that Allah has permitted? Many who pursue the spiritual path give up delicacies and eat simple meals. Legend has it that Sheikh Dawood actually ate a piece of meat in front of some Sufi masters to dispel misconceptions,” he said.

“And even if someone does enter the sanctorum, you think the saint would mind?” Yusuf asked, “No. The saint is above these considerations.”

This folkloric defence of the saint’s and his devotees’ brief deferential vegetarianism is also heard in two other localities of the Kashmir Valley: Pampore and Islamabad.

Pampore and its adjoining areas also turn vegetarian for five days, two-and-a-half each before and after the Urs of a saint named Masoodi Wali, which is observed on the 21st of the Islamic month of Safar (which falls from September 8 to October 6 in 2021).

Unlike Batamaloo, however, people do cook using onions, garlic and shallots. But butchers close their shops in the vicinity of the shrine complex, which includes a mosque. People also clean their cooking utensils.

Nazir Ahmad Mir, a caretaker at Wali’s shrine, said in the past people would scrape their stone mortars to remove any tiny crusted strand of meat sticking to the stone.

“Even today when faith in everything is fraying, some people don’t even enter the premises of the shrine, not to speak of stepping inside the sanctum sanctorum,” Mir said.

The sanctum sanctorum comprises two sets of graves: that of the saint and a few other Sufi masters, which are much bigger and adorned with a turban, and two rows of smaller graves, which are located in a tomb whose walls are marble with an intricately designed Khatamband ceiling and ornate windows carved out of walnut wood.

Outside the innermost tomb are several even smaller graves. Mir said these graves were of interred disciples and followers of the saint.

“Legend has it that the occupants of these graves didn’t live up to the dietary ideals of the Masoodi Wali,” said Mir.

Meanwhile tens of thousands of people in Islamabad (officially known as Anantnag), a town in southern Kashmir, quit eating meat as a mark of respect for Baba Hardi Reshi, popularly known as Raeshmol Saheb, a 16th century mystic.

In this town and adjoining areas, the period of meat abstinence is the longest — three-and-a-half days each before and after the saint’s Urs during the month of Zeeqad. The menu is, by and large, similar to that in Batamaloo and Pampore, except that Islamabad residents are also fond of radish braised in tamarind. Rarely is a butcher shop open during these seven days in the entire locality.

Zulfikar Siddiqui, a resident of Islamabad who has authored a book in Urdu, Raeshmol aur Haqeeqat-i-Tasawuf (‘Raeshmol and the Reality of Mysticism’), said the saint’s Urs ushers in the biggest dietary change of a population in the Valley. He estimates that the majority of 200,000 people adhere to vegetarianism during the Urs days.

The Urs of these saints are marked by festival-like gatherings for several days. Scores of vendors ply their goods. The biggest stalls are those of snack makers called mounje-gaer, who can be seen frying lotus stem, potato, water chestnuts and huge parathas in large cauldrons. There are no kebab sellers.

The three vegetarian saints were the followers of the Rishi order, a homegrown Sufi movement characterised by practices that drew both from Persian Sufi orders and various ascetic movements in northern India, says Professor Abir Bazaz, who teaches at Ashoka University in the Indian state of Haryana.

Abul Fazl, a court historian of the Mughal emperor Akbar, writes that there were about 2,000 Rishis in Kashmir — quite a large number for a small place like Kashmir, said Bazaz.

“The source of their vegetarianism is hard to locate. One could refer to the Buddhist past of Kashmir but Buddhism does not necessarily insist on vegetarianism. One could say that this influence comes primarily from Vaishnav [a major Hindu denomination] movements,” he said.

The remarkable thing about these saints is that they never left Kashmir and had a pan-Kashmir influence. They led very austere lives — Batmael and Raeshmol were farmers who were either celibate or quit marital lives for a life of contemplation in secluded places and planted trees.

“They were common people who were seeking to create something new,” Bazaz said.

According to Zulfikar, the legacy of these vegetarian saints persists to this day.

Raeshmol had set up a community kitchen during his lifetime, and much of what he cultivated was donated to the kitchen.

Even today, travellers and poor labourers could just walk into the shrine of Raeshmol Saheb and eat a filling meal.

Taco Bell is Finally Rolling Out Vegan Meat: Here's What to Know

Thu Apr 22 , 2021
Taco Bell is officially testing Beyond Meat’s plant-based meat at one location in Southern California. Taco Bell’s partnership with Beyond Meat marks its inaugural use of plant-based meat within the United States, giving plant-based consumers the ability to order more off the menu. For now, the limited-time offer will feature […] 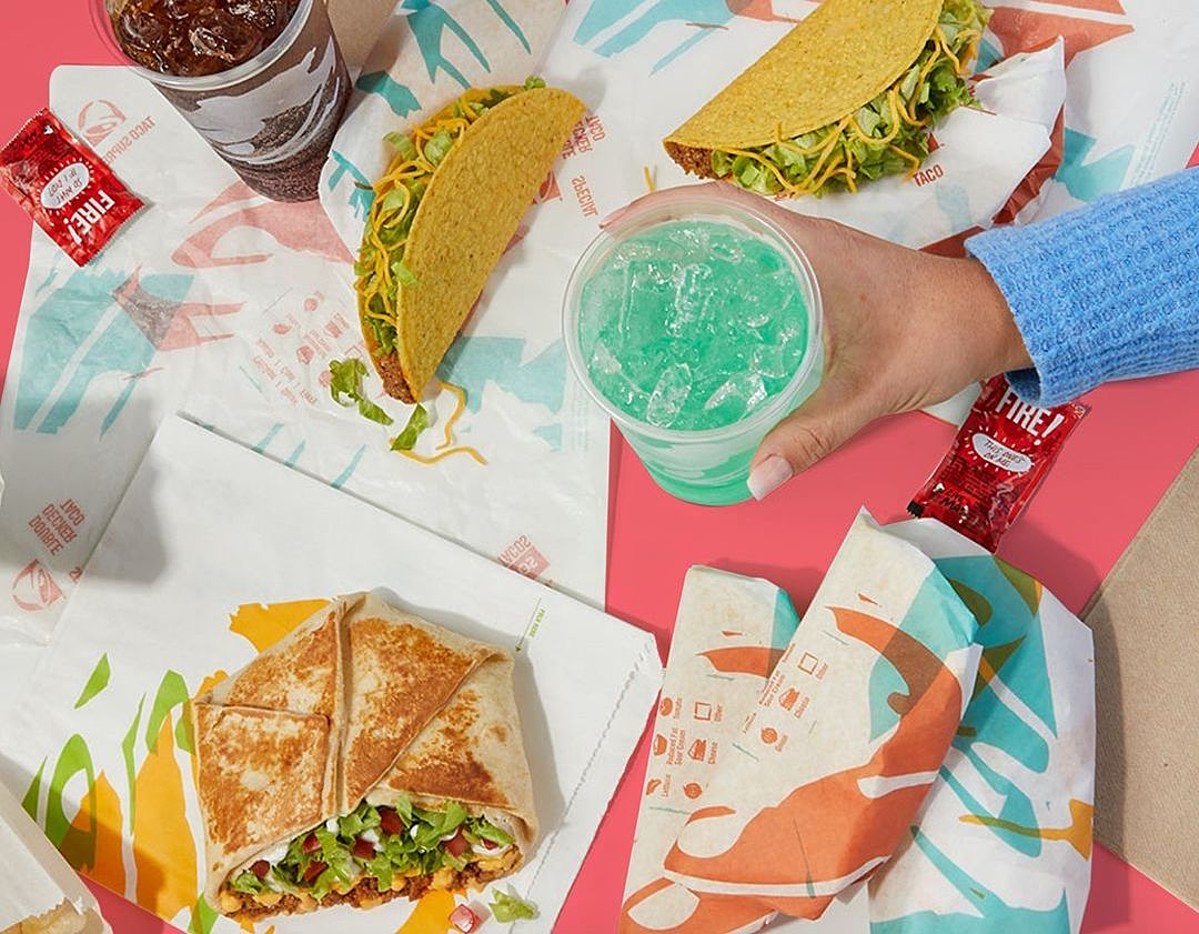