Researchers could gather information on individual food purchases from employees’ ID cards, which can be used to buy meals. Using the time between people’s food purchases, researchers inferred participants’ social networks. They also evaluated how many minutes apart two people made food purchases, the frequency that people ate at the […]

Researchers could gather information on individual food purchases from employees’ ID cards, which can be used to buy meals. Using the time between people’s food purchases, researchers inferred participants’ social networks. They also evaluated how many minutes apart two people made food purchases, the frequency that people ate at the same time over several weeks and if two people visited a different cafeteria simultaneously.

ExploreHow you can tackle your nighttime anxiety, according to experts

Over 1,000 participants were asked to confirm the names of the people researchers identified as their eating partners, too. Doing this validated the social network model.

“A novel aspect of our study was to combine complementary types of data and to borrow tools from social network analysis to examine how the eating behaviors of a large group of employees were socially connected over a long period of time,” said coauthor Mark Pachucki, Ph.D., associate professor of Sociology at the University of Massachusetts, Amherst.

Assessments of three million instances of two employees led researchers to determine the pairs’ food purchases were more likely the same than different.

“The effect size was a bit stronger for healthy foods than for unhealthy foods,” Levy said.

As for why people usually choose the same foods when eating together, the reason could be peer pressure.

“People may change their behavior to cement the relationship with someone in their social circle,” Levy said.

Further, the researcher wrote in Behavioural & Social Sciences about the public health implications of this study’s results.

“Indeed, additional work is needed to test whether and how social influence may be harnessed to improve healthy eating,” Levy wrote. “Social influence may also play an important role in public health through a network multiplier or peer effect — interventions targeting a narrowly defined group may nevertheless have broader impact as the affected individuals influence those around them”

Thu Apr 29 , 2021
Body scrubs usually come in the form of pastes containing an abrasive substance, such as salt or sugar, and a binding ingredient, such as an oil. As they consist of simple products, people can often make DIY body scrubs at home using everyday ingredients. Body scrubs can be useful for […] 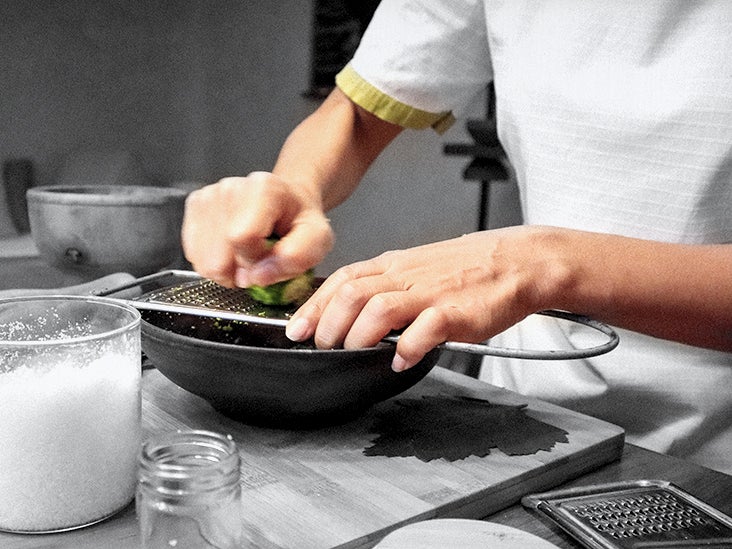