Twenty years ago, as farmed salmon and shrimp started spreading in supermarket freezers, came an influential scientific paper that warned of an environmental mess: Fish farms were gobbling up wild fish stocks, spreading disease and causing marine pollution. This week, some of the same scientists who published that report issued […]

This week, some of the same scientists who published that report issued a new paper concluding that fish farming, in many parts of the world, at least, is a whole lot better. The most significant improvement, they said, was that farmed fish were not being fed as much wild fish. They were being fed more plants, like soy.

In short, the paper found, farmed fish like salmon and trout had become mostly vegetarians.

Synthesizing hundreds of research papers carried out over the last 20 years across the global aquaculture industry, the latest study was published on Wednesday in the journal Nature.

The findings have real-world implications for nutrition, jobs and biodiversity. Aquaculture is a source of income for millions of small-scale fishers and revenue for fish-exporting countries. It is also vital if the world’s 7.75 billion people want to keep eating fish and shellfish without draining the ocean of wild fish stocks and marine biodiversity.

At the same time, there have long been concerns among some environmentalists about aquaculture’s effects on natural habitats.

The new paper found promising developments, but also lingering problems. And it didn’t quite inform the average fish-eater what they should eat more of — or avoid.

The aquaculture industry is too diverse for broad generalizations, said Rosamond Naylor, a professor of earth systems science at Stanford University and the lead author of both the 2000 cautionary paper and the review published Wednesday. (Dr. Naylor serves on an advisory panel on forest protection for Cargill Corp, which sells salmon feed.)

“The aquaculture industry is so diverse (over 425 species farmed in all sorts of freshwater, brackish water, and marine systems) that it doesn’t make sense to lump them all together into a ‘sustainable’ or ‘nonsustainable’ category,” Dr. Naylor said in an email. “It has the potential to be sustainable — so how can we ensure it moves in that direction?”

Global aquaculture production has more than tripled in the last 20 years, producing 112 million metric tons in 2017, the most recent year for which statistics are cited in the paper. China leads the way, producing more than half of all farmed fish and shellfish worldwide. Outside of China, Norway and Chile are big players, producing mostly farmed Atlantic salmon, while Egypt produces mostly the Nile tilapia. Most fish produced in Asia is consumed in Asia, meaning that it serves as an important source of protein for citizens of those countries.

The study also found that the production of farmed seaweed and bivalves, like oysters and clams, had greatly expanded as well. That is perhaps the most encouraging news, because neither seaweed nor bivalves need extra food to reproduce. They filter nutrients from the water and, in turn, produce nutrition for human consumption.

The study also found that freshwater aquaculture today accounts for 75 percent of farmed fish directly consumed by humans. Its most striking finding, though, was about the changes in fish feed, especially for carnivorous fish like salmon, which were traditionally fed lots of wild fish, like anchovies. Between 2000 and 2017, the study found, the production of farmed fish tripled in volume, even as the catch of wild fish used to make fish feed and fish oil declined.

Martin Smith, an environmental economist at Duke University who was not involved in the study, said the changes in aquaculture resulted partly from new regulations in some countries — rules in Norway, for instance, reduced the spread of sea lice in salmon farms — but mostly because the aquaculture industry had no reason to buy expensive wild fish feed once they could develop plant-based alternatives.

“It was always in aquaculture’s interest to reduce their most expensive ingredient,” said Dr. Smith, who teaches a class called “Should I Eat Fish?”

“The language around aquaculture has been overly negative and overly pessimistic,” he said. “But also, the industry has gotten a lot better.”

But problems linger, the authors of the latest study point out.

Aquaculture needs better oversight to ensure that environmentally sustainable practices are followed and rewarded. “Many aquaculture systems still lack motivation, however, to meet sustainability criteria,” the authors note, “because their targeted markets do not reward producers through improved prices or access.”

Some countries need to better manage the use of antimicrobials in fish ponds to guard against drug resistant microbes. Aquaculture also remains vulnerable to extreme climate events and disruptions in global trade, such as those created by the coronavirus pandemic. And then there’s the question of where the soy used for fish farming comes from. Pressure is mounting on the aquaculture industry to ensure that it does not source soy from deforested areas like the Amazon.

“As is the case with all food systems, consumers must realize that there is no free lunch, but there are important choices that can be made with sufficient information,” Dr. Naylor said.

Sat Apr 24 , 2021
Alexander Wright launched the African Heritage Food Co-Op to combat hunger in WNY. It’s motto is, “Anything less than ownership is unacceptable.” BUFFALO, N.Y. — Alexander Wright doesn’t want to give hand outs. He wants people to own and control something sustainable in their community and he says it all […] 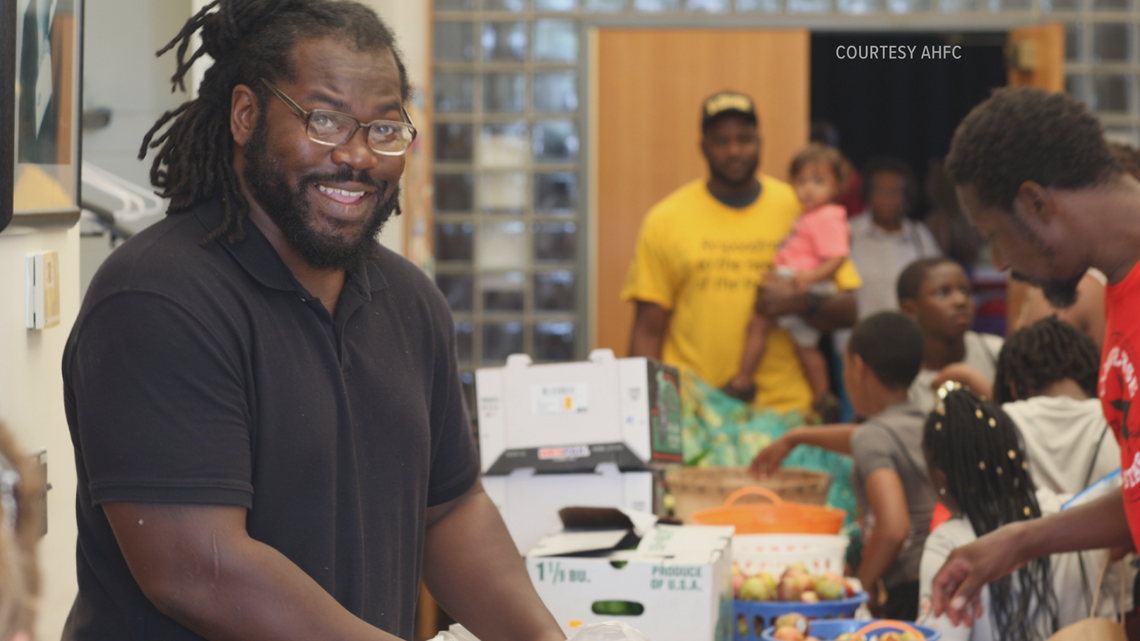