Now is a great time to become a vegetarian. That’s because beef and pork-based foods are increasingly becoming more expensive. In June, Americans paid 4.5% more on the month for beef and veal and 3.1% more for pork, according to data from the Consumer Price Index published on Tuesday. Beef […]

Now is a great time to become a vegetarian.

That’s because beef and pork-based foods are increasingly becoming more expensive. In June, Americans paid 4.5% more on the month for beef and veal and 3.1% more for pork, according to data from the Consumer Price Index published on Tuesday.

In contrast, frozen vegetables and canned vegetables cost 1.2% and 0.7% less respectively last month compared to May, according to CPI data.

“In the meat space, the conversion of live animals into meat products is pretty labor dependent,” said Glynn Tonsor, an agricultural economist at Kansas State University.

“Even before COVID, there were challenges having sufficient quality and quantity of labor,” he said, adding that breakout infections at meatpacking plants further magnified this resulting in vast shortages of meat in supermarkets.

Now the industry is struggling to hire more workers, while people in 24 states continue to receive an additional $300 a week in federal unemployment benefits, Tonsor told MarketWatch.

The governors of the other 26 states which include Texas, Florida and Ohio prematurely cut off jobless Americans from collecting the extra $300 a week in unemployment benefits before it expires in early September.

They claim the benefits were overly generous, and helped keep Americans from applying to new jobs, especially given that there are currently a record 9.2 million openings in the U.S.

At the same time, consumers are paying more for meat simply because “they want more protein,” said Tonsor who publishes monthly research on consumers’ expectations on what they’ll pay for ribeye, ground beef, pork chops and bacon.

Some 129,000 agricultural workers are currently unemployed, according to the June unemployment report. Last June, some 87,000 people in the industry were unemployed.

“
‘The conversion of live animals into meat products is pretty labor dependent.’
”

“But demand remains very strong for meat and poultry,” she added.

The American Association of Meat Processors and the National Pork Producers Council did not immediately respond to MarketWatch’s requests for comment.

Besides labor shortages, corn, soybeans and grains used to feed livestock are also more expensive than they were last year, Tonsor said, “that gets passed on towards consumers.”

Eventually, Tonsor expects prices for meat to come down either because feed costs also decline or employers hire more workers.

In the meantime, “there are reasons to be prudent,” he said.

“Watch your budget because lots of things are getting expensive, and we all have to eat.”

Americans paid 5.4% more for goods and services last month compared to June 2020. That amounts to the highest cost of living Americans have paid since 2008.

More broadly, the overall rise in inflation is being driven in part by the global microchip shortage, analysts say, which is propping up the prices of new and used cars, as well as a shift in shopping habits as Americans take vacations, go to sporting events and eat out.

Thu Jul 15 , 2021
What you eat plays a leading role in your health and well-being. When someone eats healthy, it helps to protect against many chronic diseases such as heart disease, prediabetes, type 2 diabetes and obesity. But with so many fad diets and food recommendations out there, it can be hard for […] 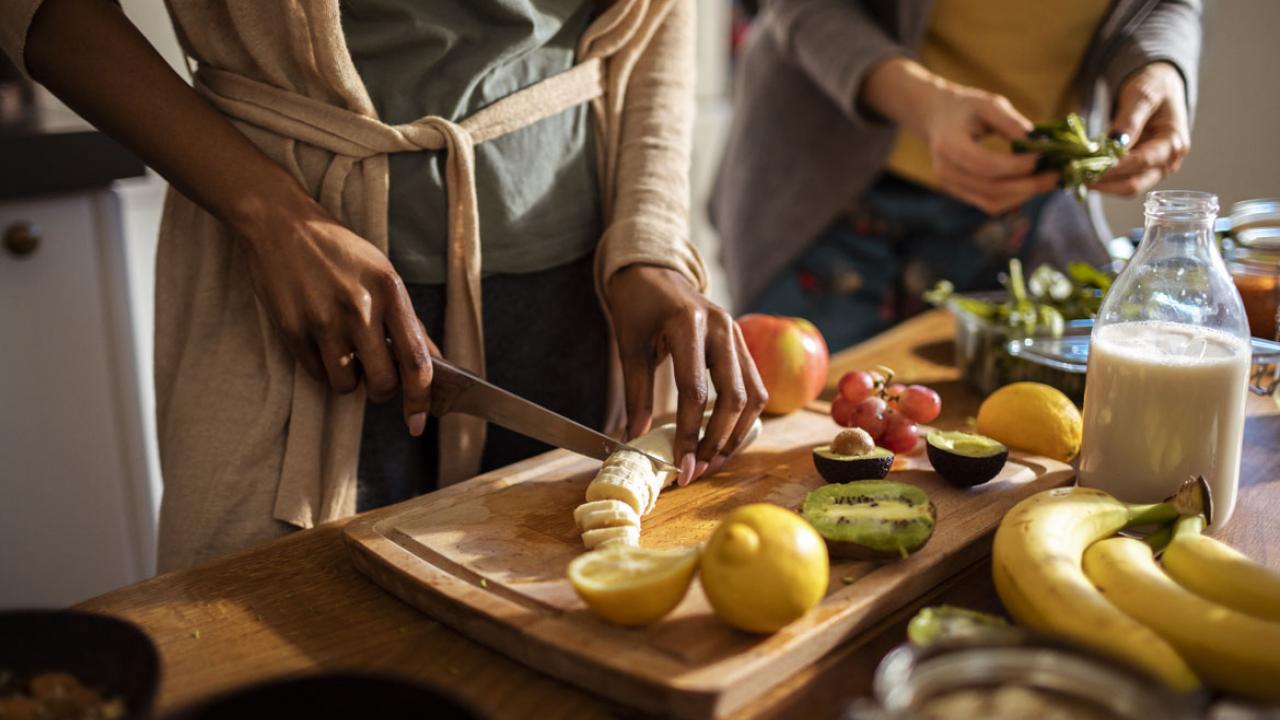